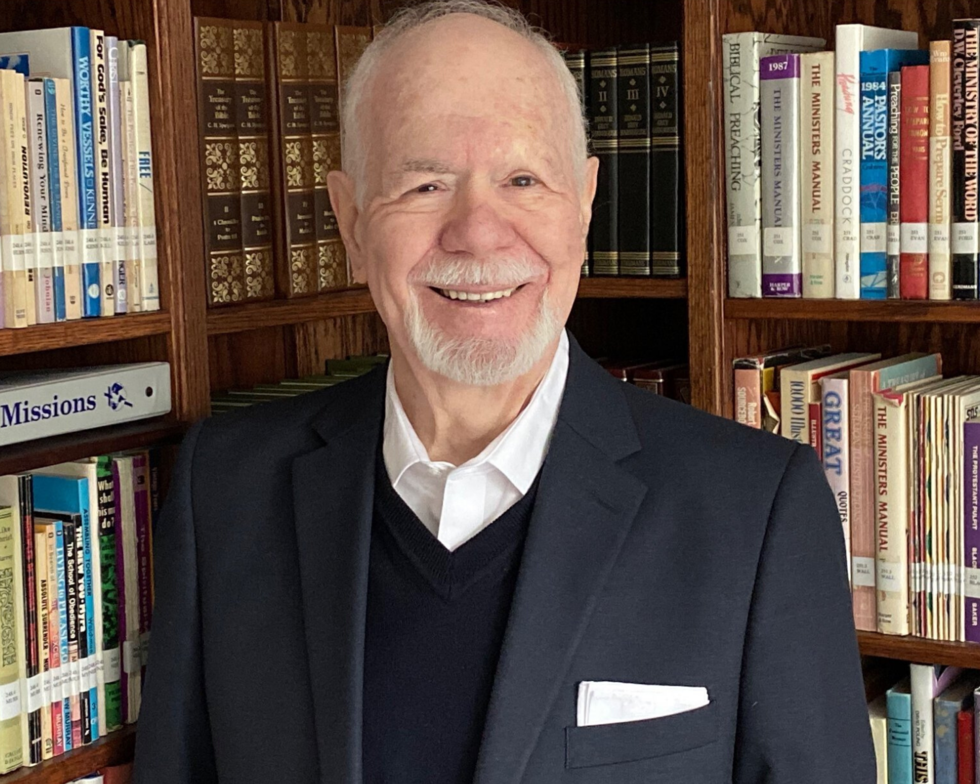 What can a seven-year-old boy understand about the things of God? One particular child recognized and responded to the call of God on his life in a Pentecostal Holiness church in Ottawa, Ontario, Canada. Even at that tender age, Gordon Arthur McDonald accepted Christ as his Savior and immediately sensed a call from God into ministry.

As a teenager, Gordon attended a couple of youth events at which he received prophetic words confirming the call of God on his life. Though the messages were delivered by strangers, they were nearly verbatim in content: “You will travel the world, spreading the gospel of Jesus Christ.” Those words have proven to be true.

Gordon A. McDonald began his life’s journey in Ottawa, Ontario, on October 29, 1943. He was one of four children born to Kenneth and Lois (Mosley) McDonald. His siblings included two brothers, Kenneth and Bobby (deceased), and one sister, Sandra (deceased).

​Gordon graduated from Holmes Bible College in Greenville,South Carolina, in 1965. That is where he met the love of his life, Glenda Koff.  They were married on September 4, 1965, in Winston Salem, North Carolina.

Even as he prepared for ministry, Gordon was already pastoring the Arcadia Pentecostal Holiness Church in the Upper South Carolina Conference. After graduating, Gordon and Glenda continued to lead congregations in South Carolina before moving to Canada.

​The ministry of Gordon McDonald did indeed prove to be global in scope. He served for 40 years as senior pastor of Calvary Christian Church in Surrey, British Colombia, Canada. In 1997 he was elected Superintendent of the Pentecostal Holiness Church of Canada, a position he held for 23 years. For 29 years he served as chairman of the board of Pacific Academy, a private school based in Surrey, B.C. In November 2015, the Academy dedicated the Gordon McDonald library in his honor. He also served as director of Life Outreach International, a ministry of James Robison.

​Bishop McDonald’s influence reached far beyond North America to include extensive overseas missions efforts. Not only did he serve as a member of the IPHC World Missions Ministries Board for 12 years, he also served on the board of Kuwasha Kids in Uganda. From its inception, he was a member of the IPHC Global Leadership Council, formerly known as the IPHC World Pentecostal Fellowship. He was a faithful member of both the Pentecostal-Charismatic Churches of North America and the Pentecostal World Fellowship.

​When asked if he had a life motto, Bishop McDonald responded with one word, Others. This value emerged early in his ministry as a student at Holmes Bible College when he adopted the school’s theme song, “Others” (Charles Meigs), as his own guiding principle.

Lord, help me live from day to day
In such a self-forgetful way
That even when I kneel to pray
My prayer shall be for others.

Help me in all the work I do
To ever be sincere and true,
And know that all I’d do for You
Must needs be done for others.

Let “Self” be crucified and slain
And buried deep: and all in vain
May efforts be to rise again,
Except to live for others.

So when my work on earth is done,
And my new work in heav’n’s begun,
I’ll praise You for the crown I’ve won,
But praise You more for others.

​Though Bishop McDonald’s life motto, “Others,” seemed to originate with his Holmes experience, that theme actually began when he knelt as a seven-year-old and surrendered to the call of Christ.

Note: Please join us for the online Celebration of Life for Bishop Gordon A. McDonald on Friday, July 24th at 1PM (PDT) at www.calvary.ca/live  In lieu of flowers, donations can be made online at www.kuwasha.net or mailed directly by cheque to Kuwasha - 10238 168th Street, Surrey, British Columbia Canada, V4N 1Z4.